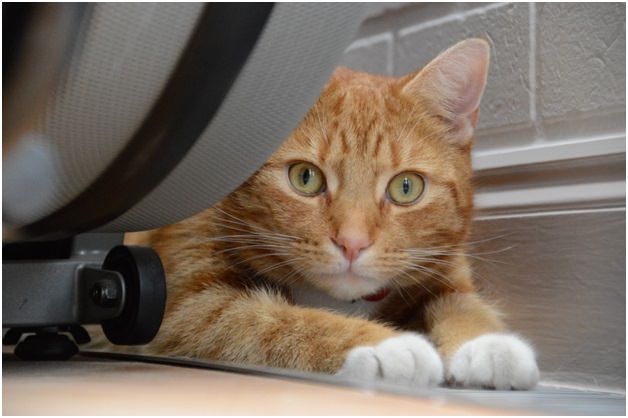 There is something special about a ginger cat. According to cat experts at the pet website The Nest, ginger tabbies are well known for their docile yet easygoing personality. If you want a relaxes pet who will love curling up with you on the sofa, they are a good choice.
Before you know it, you’ll be checking out the cat lap trays such as those at https://personalisedlaptrays.co.uk/collections/animal-lap-trays-cats with a personalised picture of your kitty.

The latest internet sensation is Lisio, a ginger cat who lives with the Polish political expert and historian Dr Jerzy Targalski. This cheeky kitty shot to fame when he leapt onto his owner’s shoulders during a live interview on Dutch television. It was all captured by the Nieuwsuur channel when Dr Targalski was being questioned about the current political situation in Poland. He was being asked about the reforms to Poland’s supreme court, which have proved highly controversial.

About halfway through the interview, Lisio leapt from a nearby table onto Jerzy’s lap and stayed there! He proceeded to nuzzle his owner’s neck and ears and swished his tail into his eyes. It was typical feline attention-seeking behaviour, and the internet loved it!

Dr Targalski, however, took the interruption in his stride and continued to answer questions. He is clearly a pro at fielding difficult questions and handling demanding felines. He didn’t try to move his cat.

Rudy Bouma, the Dutch interviewer, initially shared the footage, and it is now at over 600,000 views and rising! The Polish expert has earned respect from animal lovers all over the world.